13 Reasons why coffee can be good for your health!

Coffee is a beloved beverage – and for a good reason! Many people can’t really imagine starting their day without House of Coffee’s cup of joe. In addition to its ability to wake you up and give you that focused feeling, coffee has been linked with a long list of potential coffee health benefits.

Have you ever wondered how coffee could be good for your health? If you’re already a coffee lover, you may be interested to know that the caffeine found in coffee doesn’t just give you a kick. Coffee contains antioxidants, potassium, and magnesium, which are beneficial for the body. 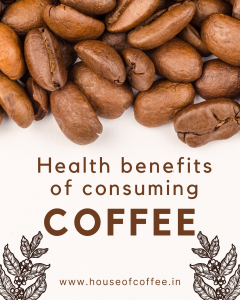 Keep reading and get to know all the coffee health benefits (in the right amount) for your body.

Caffeine is a stimulant that is generally found in coffee. It is also found in tea and some soft drinks. Caffeine can help promote weight loss or prevent weight gain in different ways. It does so by suppressing the appetite and temporarily reducing the desire to eat. It works by stimulating thermogenesis (heat production) and increasing metabolism.

Coffee is believed to promote brain function, it is among one of the best coffee health benefits. Polyphenol antioxidants found in coffee are thought to be beneficial. Recent studies have also shown that caffeine can help you focus, react faster, and provide important mental clarity after a poor night’s sleep. It has even been suggested to reverse the damage caused by cognitive decline. Caffeine works by blocking the effects of adenosine, a chemical in the body that promotes drowsiness.

It keeps you alert

Coffee is a popularly consumed beverage in the world. One of the main reasons people consume this miracle drink is that it keeps you alert. A single dose of caffeine can do wonders; however, it cannot substitute for sleep.

Lowers the chances of type 2 diabetes

It’s no surprise to hear that your morning coffee has health benefits. But a new study suggests that if you’re drinking coffee regularly, it may lower your risk of developing type 2 diabetes. So, if you have got a sweet tooth, and are also a coffee lover, getting diagnosed with type 2 diabetes will be a rare chance for you. 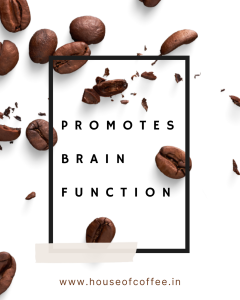 It protects against liver conditions.

Coffee lovers everywhere: breathe a sigh of relief. Finally, it looks like your best friend may be good for your liver after all. Although a good night’s sleep and a balanced diet may be the best way to stay healthy, it’s hard to argue against the benefits of some good ol’ black gold. Consuming coffee could reduce the risk of chronic liver disease, liver cancer, liver scarring, and other conditions in an average adult. Especially if you like House of Coffee’s affordable coffee blends, you get both – ultimate taste and health.

Have you ever wondered why coffee drinkers learn faster? Well, researchers from Johns Hopkins University have recently discovered that it’s because of caffeine. Most people don’t realize caffeine’s after-effects on your long-term memory. In fact, the effects are so positive that taking a dose of caffeine at the right time can actually boost your memory.

May guard you against skin cancer

Caffeine treating cancer might sound like a far-fetched idea, but some scientists have suggested that caffeine may guard against certain skin cancers. A team found that applying caffeine directly to mice’s skin prevented damaging UV light from causing skin cancer. More studies have suggested that drinking three cups of espresso per day could reduce the risk of basal cell carcinoma (a variety of skin cancer) by 21 percent in women and 10 percent in men.

According to a recent analysis, coffee and tea have been associated with kidney stone prevention. Therefore, drinking caffeinated iced coffee or warm tea each day might reduce your chances of developing these painful kidney stones.

Coffee is a common ingredient in many pre-or post-workout supplements as it is marketed as an ergogenic aid, meaning it improves physical performance and energy levels. However, it is also commonly consumed outside of these contexts due to improving wakefulness, alertness, and mood.

Coffee can perk you up, but did you know that it may also keep your arteries clear and protect you from heart disease? It’s a common belief that moderate consumption of coffee may help prevent heart disease. According to Swedish research, more than 34,000 women with no history of cardiovascular disease indicated a lower risk of stroke. The risk was 22-25 percent lower than for women who drank less coffee. 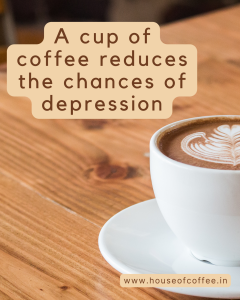 Lowers the chances of depression

You know, there’s a basis they call it liquid gold and liquid courage. Down South Coffee does more than get the job done. It also can help with depression. So if your day isn’t going according to plan, reach for your mug and remember that coffee might make you happy. This is the biggest among coffee health benefits.

Helps lower the risk of Parkinson’s

Lots of studies have shown that regular coffee drinking decreases the risk of Parkinson’s by 25%. There’s proof that coffee initiates activity in the part of the brain affected by Parkinson’s, suggesting it could be a protective factor. This cup of java might also reduce the risk for Alzheimer’s and dementia.

Reduces the chances of premature death

Do you know what’s better than drinking coffee? Drinking coffee and prolonging your lifespan. Studies have indicated that daily coffee drinkers have a lower risk of death from all causes, specifically cardiovascular disease, than those who don’t drink coffee.

Numerous individuals are amazed by the well-being and health intensifying components present in coffee. The expansive caffeine and chlorogenic corrosive profiles can have vital impacts on your capacity to manage weight, beat diabetes naturally, and enhance your cerebrum activity. The net result is that you remain sharp while burning fat stores inside your body. So what are you still waiting for? Order your favorite flavor today and get it delivered right to your doorstep.