Non-Dairy Milk Alternatives That Will Give Your Coffee a Boost

What is it that makes a great cup of coffee? Of course, many factors play a role in creating the ultimate cup. One of them plays a more tangible part than others, though: milk. Indeed, regular old cow’s milk isn’t always vegan-friendly and free of lactose or some other stuff you may want to avoid.

But, what are the best non-dairy milk alternatives for coffee? I imagine you have wondered this at one time or another. But hey, don’t fret! There are tons of great non-dairy alternatives out there for your morning cup of joe. In addition, you can choose from various types of milk and non-dairy milk substitutes. 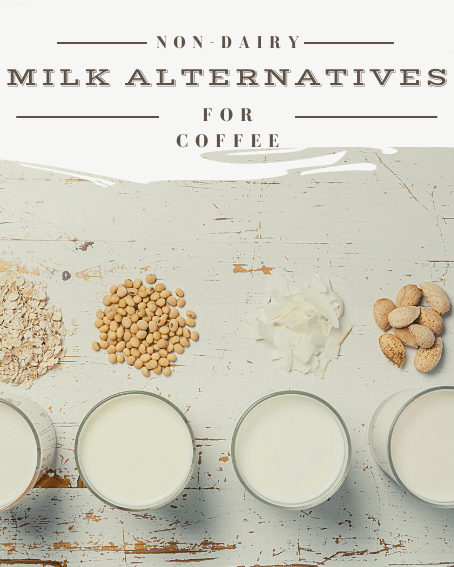 Want to know about these substitutes? Read along friends.

Oat milk has been growing in popularity, and for a good reason. Made from a mixture of oats, water, and sometimes canola oil or rapeseed oil, it’s a convenient alternative for a lactose-free diet. Oat milk also tends to be one of the cheapest non-dairy milk options on the market. Making it a great option for cash-strapped coffee lovers or even those looking to experiment with server non-dairy options.

Oat milk, however, is unique from other non-dairy alternatives because it has a rich flavor and high protein content. These two factors make oat milk a popular option for improving consumer health.

Coconut milk is quickly becoming a favorite non-dairy alternative for coffee drinkers. Its high-fat content plays well in coffee drinks, while the natural sweetness of coconut milk can easily be balanced out by using less sweetened syrups. Just make sure to use coconut milk which is packaged in cartons, and not cans. Canned coconut milk is thicker and has a stronger coconut taste.

However, if you’re not used to milky coffee drinks, coconut milk can acquire a taste as its flavor is quite strong. 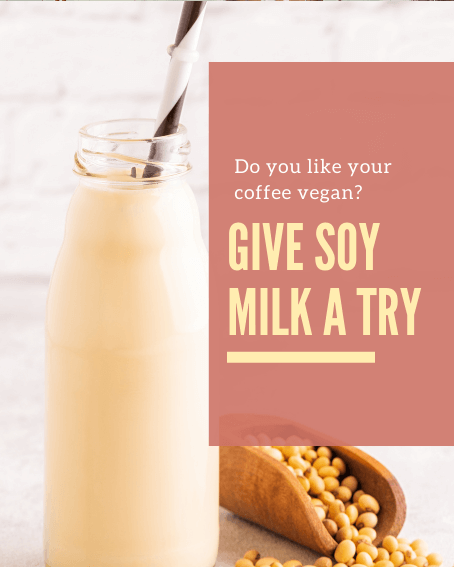 Most coffee houses with various non-dairy milk alternatives have already made soy milk a staple to their drink selection. The popularity of soy milk is noted by the number of places that offer it and are happy to help you substitute this non-dairy milk in any drink you like. Soy milk is also an affordable choice, making it a preferable option for most coffee drinkers.

Almond milk is one of the top nut milk alternatives in the non-dairy market. It comes in several flavors, and many manufacturers produce both sweetened and unsweetened varieties. And though almond milk is significantly less expensive than regular milk, it still costs about a third as much as organic soy milk.

Although it’s not quite as creamy as dairy milk, it does give the coffee a pronounced nutty flavor. Almond milk is becoming increasingly popular due to its health benefits mostly.

One of the rising stars in this category, particularly among customers with sensitivities, is rice milk. Made from steamed rice and water, rice milk is completely free of nuts or soy. For this reason, it may be easier to digest than many other kinds of milk and could serve as a great alternative for customers with allergies and lactose sensitivities.

Rice milk used to be just one of the many milk substitutes at coffee shops — but its demand is growing as more people learn about their myriad benefits. Although the option tastes great, it’s important to know which brands add additional sweeteners. 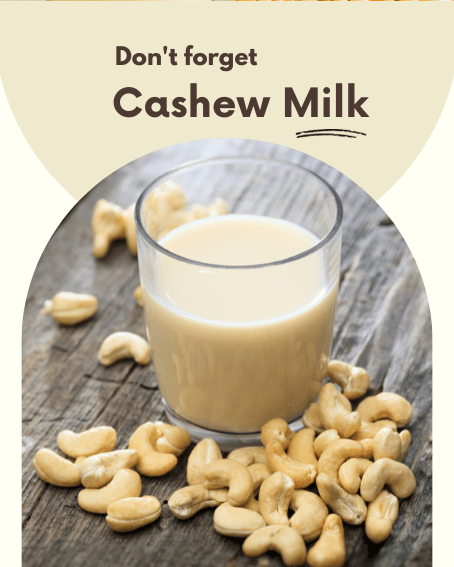 Cashew milk has become the latest craze in the alternative milk industry. It is produced by soaking raw cashews in water and blending them into a creamy liquid. It is naturally dairy-free, soy-free, and gluten-free, among other things. Cashew milk has been on the rise for quite some time now.

It has replaced soy milk as the most popular alternative milk variety. This could be because of its creamy texture that mimics dairy milk in coffee. This being said, many baristas argue that house-made cashew milk is better for taste and steaming.

In the end, our tip to you is to try every kind of non-dairy milk and see what works best for you. Everyone’s differing preferences make this a tough choice, but one thing’s certain: the world of non-dairy kinds of milk isn’t going anywhere. It’s only getting bigger and better, so there will always be plenty of options available to you all. You can try out different House Of Coffee’s coffee flavors with your choice of non-dairy milk, and do let us know which one you like the most. So, order your favorite flavor today and get ready for your favorite kind of cuppa joe any day, any time.